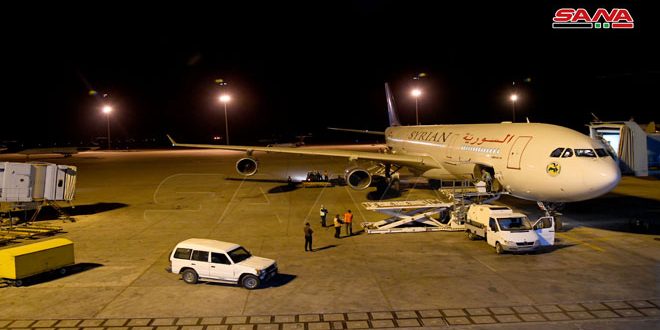 Upon their arrival at Damascus International Airport, they were taken for a PCR examination to detect infection with the Coronavirus, and in light of the results of the examination, they would be allowed to return to their homes, according to Dr. Hazar Raef, Director of Damascus Health, indicating in a statement to the media that they will be received at Ebla Sham Hotel for 24 hours until the results of the examination appear, so whoever has a positive result is quarantined for a period of 14 days, and if it is negative, he is allowed to go home. Syrian airlines began running flights since the 4th of May to evacuate the Syrian citizens who wish to return from the countries abroad to Syria, according to lists registered through the Foreign and Expatriates Ministry at embassies and diplomatic missions.