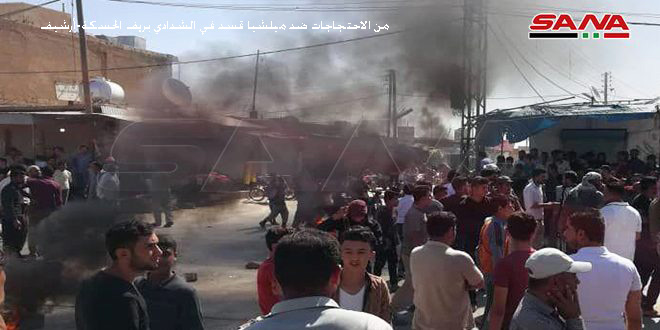 Deir Ezzor, SANA- A member of US-backed QSD militia was killed when unknown persons opened fire on him in al-Basira city in Deir Ezzor northeastern countryside.

Civil sources told SANA reporter that unknown persons opened fire on one of a leader in QSD militia during his presence in al-Basira city in Deir Ezzor northeastern countryside, killing him instantly.

In the eastern countryside, the sources said that identified persons targeted with machinegun weapons the post office building which is taken by QSD militia as a headquarter for it in Ziban town.