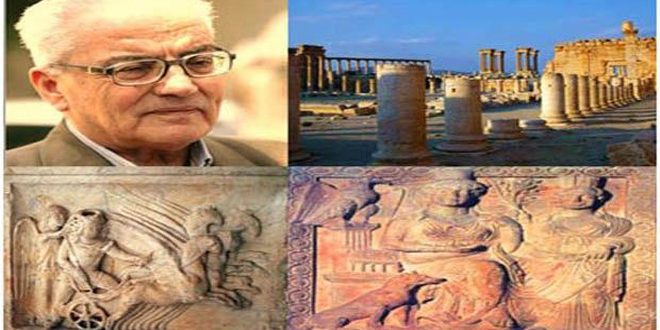 Damascus, SANA- Syrian Arab and world scientific and cultural arenas commemorate the 5th anniversary of the martyrdom of Syrian archaeologist and head of antiquities at the ancient city of Palmyra, Khaled al-Asaad, one of the remarkable scholars and archaeologists who spent more than fifty years of his life in serving the antiquities of his beloved Palmyra and who was publicly beheaded by Daesh (ISIS) terrorists on 18 August, 2015, at the age of 83.

Al-Asaad, the winner of the Syrian Order of Civil Merit, and the Order of Merit of the Republic of Poland, was born in Palmyra city in 1934. He was graduated from Damascus University in 1956. He held a diploma in history. He was appointed as head of the excavation department at the Directorate-General of Antiquities & Museums, (DGAM) in 1961, then he was appointed as Director of Palmyra antiquities and museums, secretary general of Palmyra museum since 1963 till 2003. He played an efficient role in the excavation and restoration works in Palmyra in coordination with Syrian, Polish, German, French and US archaeological missions. The sculpture of “a beautiful woman from Palmyra” was one of al-Asaad’s most significant archeological discoveries which was classified as one of the finest sculptures and most beautiful of them ever, according to the international archeological standards.

Al-Asaad’s biggest achievement, which dazzled the whole world and moved tourist from all over the world to visit Palmyra and see what the “Palmyra Development Project” has achieved from 1962 to 1966 was the discovery of the largest section of the “Columned Street”, a kilometre-long avenue of towering limestone columns that slowly turn from pale gold to burnt orange in the setting sun, and al-Selba Square “al-Tatrabil”.

During his career, he engaged in the excavations and restoration of Palmyra. His own expeditions focused on the late third-century ramparts of Palmyra.  His achievement is the elevation of Palmyra to a UNESCO World Heritage Site. One of his most important discoveries was 700 silver coins which he found in the archeological site of Palmyra, which dated back to the seven century A.D.

In the anniversary of al-Asaad’s martyrdom, Italy downed its flag every year in its museums, as well as it planted an olive tree in the memorial Park at the Valley of Temples in the city of Agrigento in Sicily Island, while, the United Nations Educational, Scientific and Cultural Organization “UNESCO” has launched a competition since his martyrdom under the title “Khaled Al-Asaad International Prize for Archaeological Discoveries. 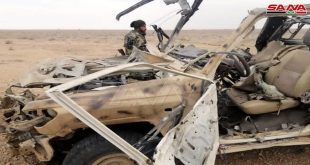