Four civilians martyred, five others injured in landmine explosion left behind by terrorists in aL-Tah village in Idleb countryside 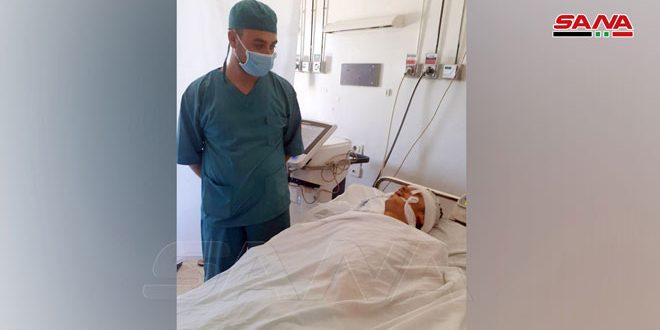 Idleb, SANA -Four civilians were martyred and five others were injured in a landmine explosion left behind by terrorist groups in the surrounding of Tah village in  Khan Sheikhoun  region   in Idleb countryside .

SANA reporter said that a landmine left behind by terrorist groups went off in a Workshop of harvesting the pistachio at Jaafar hill in the surroundings of al-Tah village in Khan Sheikhoun area in Idleb countryside.

The explosion led to the martyrdom of four civilians and injuring five others, two of them were in serious condition.