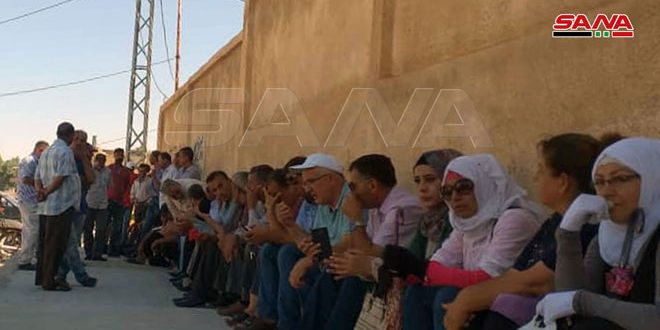 Hasaka, SANA – The workers of Hasaka General Electricity Company continued to stage a sit-in in al-Nashwa neighborhood in protest against the closure of their company by US occupation-linked Qasad (SDF) groups.

SANA reporter in Hasaka on Tuesday said that the workers of the Electricity Company continued their sit-in in front of the company’s headquarter for the 25th day, demanding to return to their work in order to offer services to citizens.