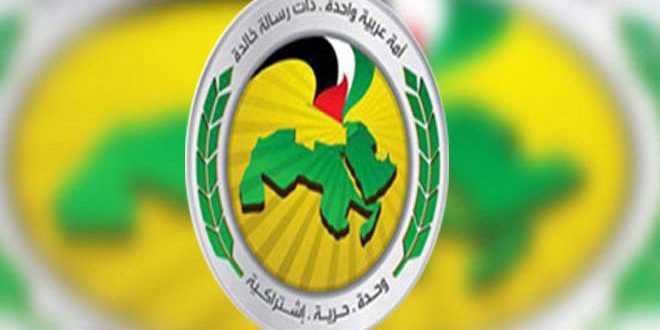 Sanaa, SANA-  The Regional Leadership of al-Baath Arab Socialist Party in Yemen has condemned imposing the so-called “Caesar Act” by the US administration on the Syrian people.

In a statement issued on Sunday, the leadership stressed that this measure came to cover Washington’s catastrophic failure to achieve its schemes against Syria as it has not been able to dissuade it from its principled national stances, especially regarding the Palestinian cause and its rejection to normalize with the Zionist occupation entity.

The statement added that the Caesar Act constitutes a desperate attempt to achieve fake victories after the military war machine and terrorist organizations have failed in achieving any field victories on the Syrian territory.

The statement noted that in light of the Coronavirus outbreak, Washington is implementing the so-called “Caesar Act ” to impose more sanctions on institutions and companies that are related to the economic aspects of the Syrian citizens’ life and everything related to the reconstruction of infrastructure in Syria instead of helping to combat the pandemic.