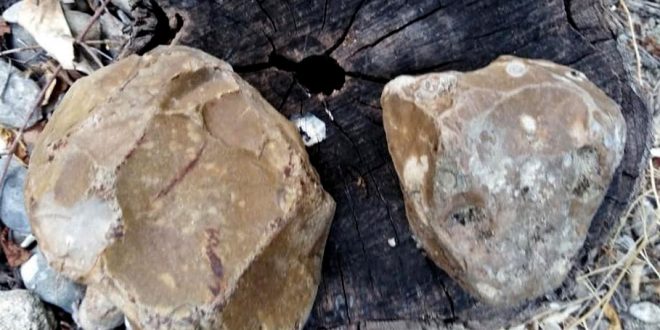 Damascus, SANA- Al-Shir village, on the banks of al-Kabir al-Shamali River in Lattakia countryside, is an archeological site that is well known on the world level because ancient stone-made tools have been unearthed in it dating back to about one hundred thousand years ago.

Archaeological researcher Dr. Bassam Jamous noted that these tools are made by the Neanderthals, who came to Syria from Germany and settled on the banks of the river.

The Neanderthals are an extinct species or subspecies of archaic humans who lived in Eurasia until about 40,000 years ago. They probably went extinct due to competition with or extermination by immigrating modern humans or due to great climatic change, disease, or a combination of these factors.

Researcher al-Jamous added that although the discovery of archeological pieces belonging to the Neanderthals in the al-Shir site is not the first of its kind in Syria, as in the 1990s a Syrian-Japanese mission found the skeletons of three Neanderthal children in a cave in Afrin Valley, but this discovery confirms that the strategic geographic location of al-Shir site and the suitable climate factor have helped the stability of civilizations from 100,000 years ago till the present without interruption, which has endowed it with a great importance.

According to anthropology, the Neanderthals settled in Europe and parts of Western Asia and Central Asia, and they were characterized by their short, full and strong body in a period that coincided with the Ice Age that prevailed throughout Europe and Asia two 230 thousand years ago.