Demonstrations in Deir Ezzor countryside against practices of U.S.-backed “SDF” 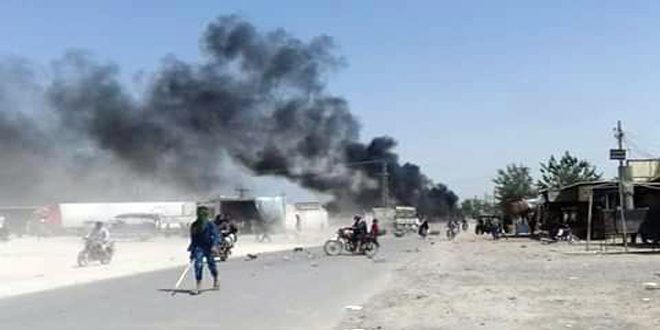 Deir Ezzor, SANA_ The people of the villages of Theban and al-Hawaij in the countryside of Deir Ezzor took to the streets on Tuesday to protest the practices of the U.S.-backed “SDF” groups which worsened living conditions.

Civil sources reported that the people of the villages of Theban and al-Hawaij villages in the southeastern countryside of Deir Ezzor demonstrated against the practices of “SDF” groups and their control of the region’s goods, demanding an immediate end to their arbitrary violations against the people and their exit from the region.

The sources pointed out that the protests spread to other areas, such as Sfira Tahtani, where the people cut the main roads in the two villages with burning tires and stones.

Over past days, people in the countryside of Deir Ezzor and Hasaka have stepped up protests against the U.S.-backed militia and their practices which caused the loss of safety and increase of cases of kidnapping, killing and oil monopoly in cooperation with illegal companies that deal with “SDF” groups.

2020-06-09
ghossoun
Share
Previous SANA reporter: The people of Theban and Al-Hawaij villages in Deir Ezzor countryside demonstrate against practices of the US-backed “SDF” groups
Next 546,000 hectares of wheat and barley harvested in Hasaka 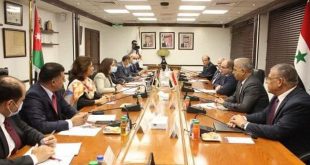