Moscow criticizes acts of international coalition, led by the US 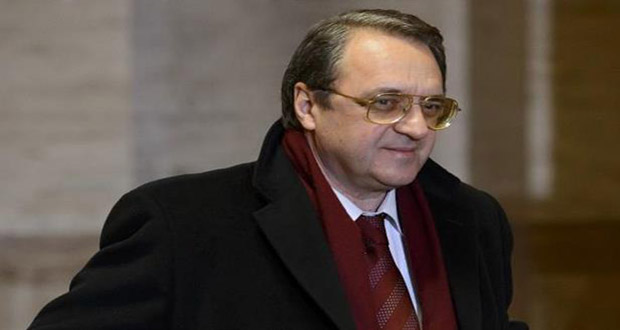 Moscow, SANA, Special representative of the Russian President, Deputy Foreign Minister Mikhail Bogdanov criticized Monday the acts of international coalition, led by the US, to combat the Islamic State in Iraq and Syria (ISIS) terrorist organization, saying they don’t agree with the international law.

Bogdanov said in a statement to INTERFAX news agency that combating terrorism in any country, without the approval of its authorities, is “illegal and rejected,” adding that the Americans’ attitude which says that agree with the Iraqi government and disagree with the Syrian government is “destructive.”

He affirmed that the airstrikes of the international coalition are not intensified and not enough to defeat terrorists of ISIS.

Bogdanov disapproved the coalition’s abstention from cooperating with the Syrian government.

Earlier, Russian Foreign Minister Sergey Lavrov announced that his country will not join the international coalition against the ISIS because it works without the UN Security council authorization.