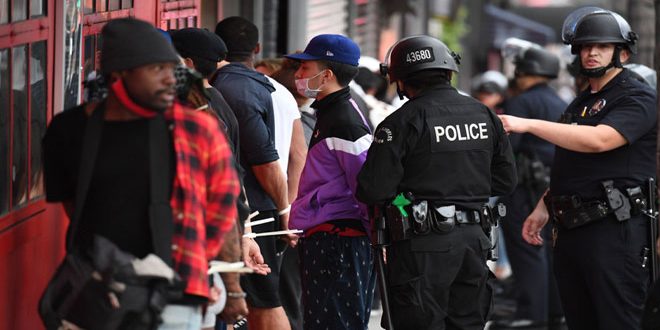 New York, SANA- The American police has arrested more than nine thousand people during protests that broke out from more than a week ago over the killing of George Floyd, an African American citizen, at the hands of a police officer in the state of Minnesota.

Protests began in Minneapolis city in Minnesota state, after a footage showed Floyd struggling to breathe while a white policeman kneeling on his neck, despite Floyd’s pleas that he could not breathe, until he died and several police officers helped him carry out the crime.

After the expansion of protests, US President Donald Trump threatened to use unlimited military force to suppress them, while the American police killed ten people during the protests which erupted in about 140 American cities.