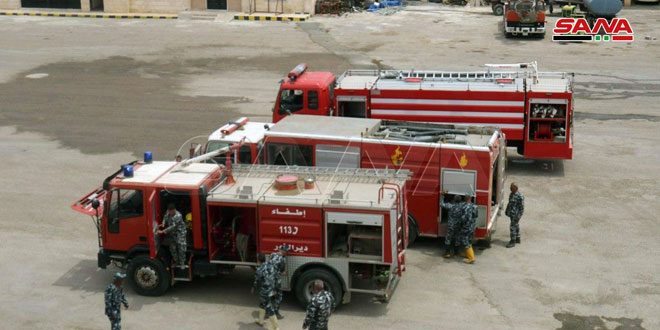 Deir Ezzor, SANA- The Deir Ezzor Fire Brigade is on high alert around the clock , with the start of wheat harvest and high temperatures.

Head of Deir Ezzor Fire Brigade Ahmad al-Safi said that the fire brigade is working on high alert to ensure rapid response in dealing with any emergency despite of its limited possibilities as many of its vehicles were looted and vandalized due to terrorist attacks.