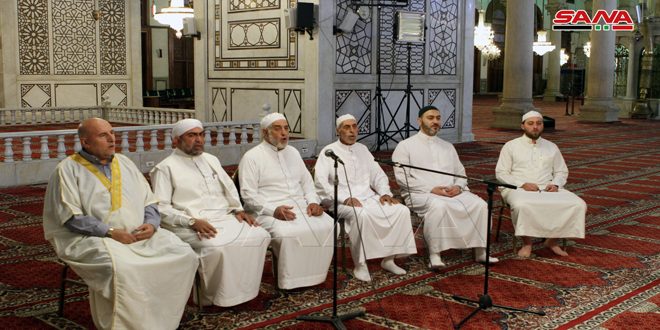 Damascus, SANA_ The Syrians on Sunday, for the first time, performed Eid al-Fitr prayer in their homes in response to the precautionary measures taken to tackle the Coronavirus(COVID-19) after the Jurisprudence Scientific Council of the Ministry of Religious Endowments (Awqaf) suspended performing it in mosques.

The Mosques broadcast Eid al-Fitr Takbeers via the minaret as usual.

The suspension of the Eid prayer, a measure that was taken by many Arab and Islamic countries, came in order to preserve the people’s health especially that the Eid prayer is usually witnessing great congestion which may lead to the spread of corona pandemic.

On March 14, the Jurisprudence Scientific Council of the Ministry of Religious Endowments (Awqaf) and the Union of Levant Scholars issued a fatwa suspending sermons, and Friday prayer in Syrian mosques temporarily from Sunday, the 15th of March until the 4th of April, 2020.

On May 8, mosques in Syria reopened for performing Friday prayer only for ten minutes amid strict precautionary measures including sterilization of mosques before and after prayer, obligating worshipers to distance themselves, sterilize hands, wear masks during prayer. 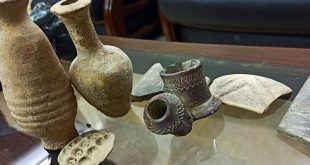 Hama, SANA- The criminal security Department in Hama arrested a person who is trafficking in …