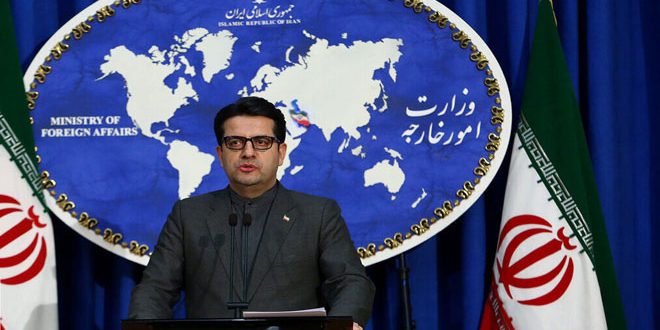 Tehran, SANA-  Iranian Foreign Ministry spokesman Abbas Mousavi confirmed that “Syrian-Iranian relations are strong and strategic,” stressing that “it is the Syrian people who decide the future of their country”.

In his weekly press conference on Monday, Mousavi reiterated that “his country will continue to assist the Syrian government as long as it requests that and is ready to support any step aimed at resolving the crisis in Syria.

He pointed out that Iran is among the guarantor states of Astana process, which represents the most effective track for resolving this crisis politically”.