Civilian martyred, around 20 others injured by IED blast in al-Bab city 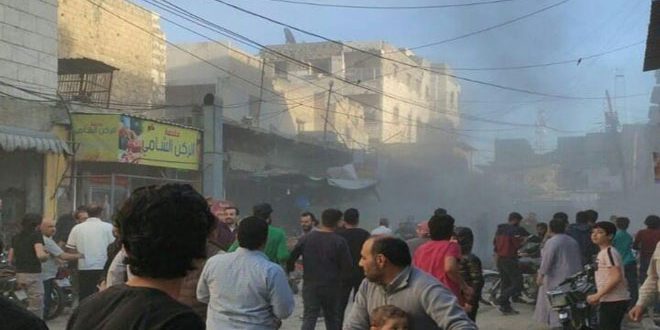 Aleppo, SANA – An IED exploded on Sunday at a market in al-Bab city in Aleppo’s northern countryside where terrorist groups backed by the Turkish occupation forces are positioned.

Local sources said that an IED exploded shortly before Iftar time (before 7:20 pm) in a street near al-Center roundabout in the middle of al-Bab city, martyring one civilian and injuring around 20 others, in addition to causing material damage.