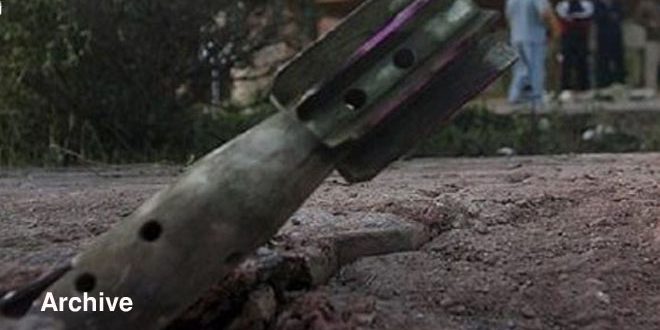 SANA reporter said that the terrorist groups positioned in Idleb countryside attacked with several rocket shells the northern Lattakia countryside, adding that the shells landed in agricultural lands in the village of al-Maghret without causing any casualties.

Turkey’s-backed terrorist groups positioned in Idleb governorate and the far northern countryside of Lattakia, repeatedly attack with rocket shells the residential homes and safe towns in the surrounding areas.

2020-05-09
ghossoun
Share
Previous Russia: Sanctions imposed on some countries global threat that must be confronted
Next “Masters of Victory” poster honoring Martyrs and their sacrifices