Russia: Sanctions imposed on some countries global threat that must be confronted 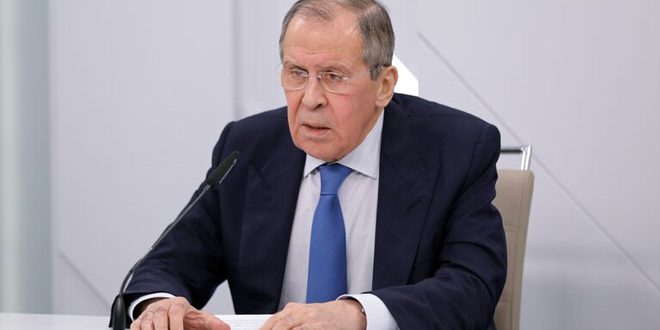 Moscow, SANA_ Russian Foreign Minister Sergey Lavrov has called for lifting all the unilateral sanctions imposed on some countries as they violate the international law and pose a global threat that must be confronted.

“ Lavrov,  in a congratulatory cable to his Cuban counterpart Bruno Rodriguez Parrilla  marking the 60th anniversary of resuming diplomatic ties between Russia and Cuba, asserted that the strategic relations between the two countries will continue to intensively develop for the good of the peoples of both countries. “The Russian Foreign Ministry said In a statement on Friday.

In turn, Rodrهguez Parrilla thanked Russia for its support for lifting the US blockade imposed on Cuba, affirming that his country will continue to deepen fruitful cooperation with Russia on the basis of friendship, solidarity and mutual respect.