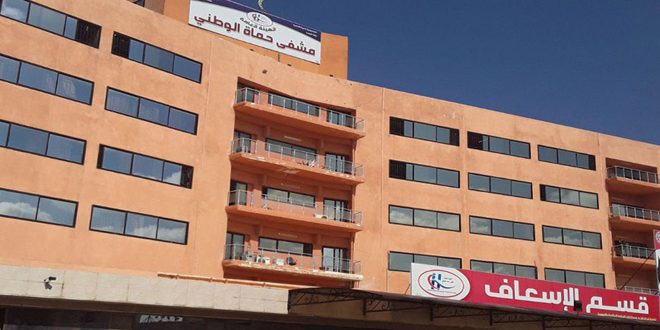 Hama, SANA_ Engineers and technicians of Hama National Hospital managed to repair and put 32 medical devices back into service to provide citizens with medical services.

Repairing the devices, whose spare parts cannot be imported due to sanctions, by Syrian cadres and national expertise contributed to saving millions of pounds.

Director of the Hospital Salim Khalouf told SANA that the engineering department was able from the beginning of this year to repair anesthesia devices, monitors and artificial respirators produced by German and English companies.

He said that the blockade and the sanctions imposed on Syria prevent the importation of spare parts, so the hospital technicians sought alternatives based on local spare parts in the warehouse for out-of-service devices.

He added that sixteen monitoring devices and eight artificial respirators were brought back into service.