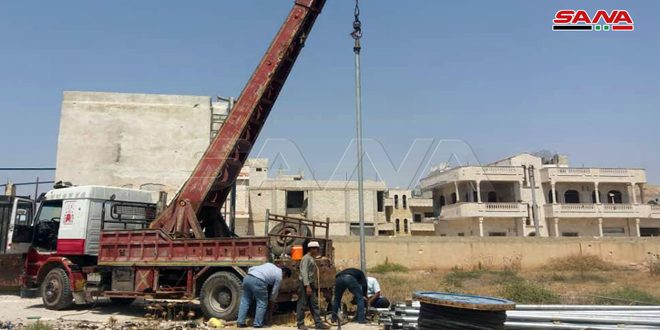 Idleb, SANA – State establishments continue to work towards repairing and rehabilitating the infrastructure and services facilities in the areas liberated from terrorism in Idleb countryside, with emphasis on water, electricity, and schools. 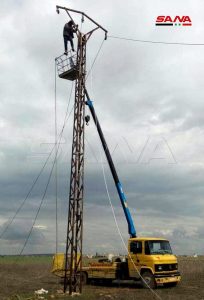 The areas, which include Khan Sheikhoun, Sinjar, and Maaret al-Numan, had sustained considerable damage to their infrastructure as a result of the terrorists’ actions.

Director of Idleb Electricity Company Mamdouh Abdo said the power grid in the liberated areas had been all but destroyed during the time when the terrorists were president in them.

Abdo said that SYP 200 million has been allocated for repairs in Khan Sheikhoun, and a power line will be extended to it soon from the nearby Morek district, in addition to 3 substations.

As for Maaret al-Numan, he said it will be provided with electricity via the same line from Morek at a later date, estimating that the total cost or rehabilitating the power grid in the city will be around SYP 8.2 billion, while the cost for Sinjar area will be SYP 4 billion, and it will receive power from a line that passes through al-Zaghba village within a month. 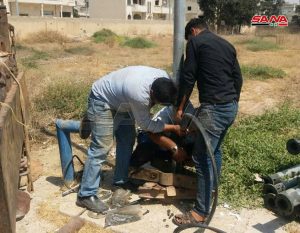 Meanwhile, Director of Idleb Drinking Water Establishment Mohammad Ajami said in a similar statement that 4 wells are being prepared to provide drinking water temporarily to the people who returned to Khan Sheikhoun, and that supplying drinking water to the city depends on the availability of electricity.

Ajami said that 4 wells have also been set up in Sinjar area.