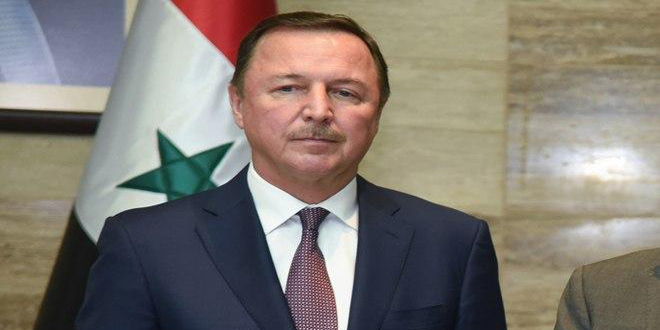 Damascus, SANA_ Russian Ambassador to Syria Alexander Efimov renewed his country’s rejection of the Western accusations of the Syrian Arab Army of using chemical weapons in the countryside of Hama Governorate.

In a statement quoted by Sputnik agency on Saturday, the Russian diplomat indicate that his country does not recognize the so-called (OPCW) Investigation and Identification Team (IIT) because it was “formed outside the framework of The Chemical Weapons Convention (CWC).

“(OPCW) Investigation and Identification Team (IIT) was formed illegally and outside the framework of the Chemical Weapons Convention and therefore we do not recognize it and we have our own stance as we are working to prepare a response to its report,” the Ambassador said.

He indicated that his country issued a statement according to which it rejected these accusations issued by the IIT.