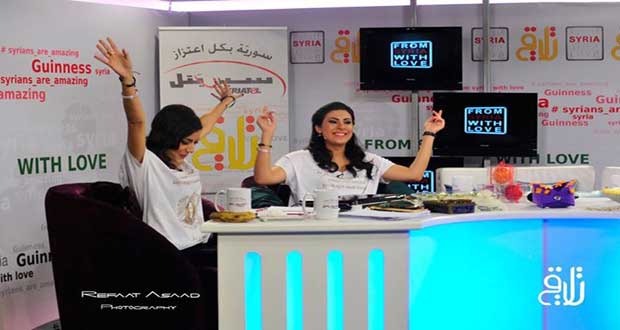 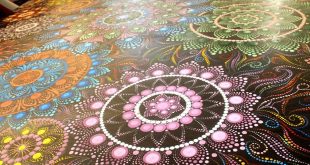 The satellite channel started the challenge to enter Guinness World Records at 9 pm last Tuesday. At  7 pm on Friday, it completed a 70-hour marathon TV program that had been dubbed “From Syria with Love.”

The program has been hosted by Rein al-Mleih and Areej Zayat and directed by al-Homam al-Bahloul.

Talaqi TV was first inaugurated on October 6, 2012, only to be officially launched on May 20, 2013 . It provides coverage of national, political, social and economic issues.

This Syrian experience is the first of its kind in the Arab world and the third internationally.

A former record of 52 hours was set in 2011 with a talk show that lasted for 52 hours and was hosted by Pavlo Kuzheyev and Tetiana Danylenko (both from Ukraine) at the Channel 5 Studio in Kiev, Ukraine, from 23 to 25 August, 2011.

In a phone call with the channel, Premier al-Halqi said that what has been done is a national accomplishment and is the result of enormous  efforts and huge workload made by the staff of the channel.

He stressed the new achievement was reached thanks to the collective work of the Information Ministry, starting from the minister and ending with the channel’s cadres.

“The government supports all creative initiatives which are in the interests of the homeland and citizens,” he pointed out.

The Media Office at the Presidency of the Syrian Arab Republic also congratulated the channel for this record-breaking achievement.

In an interview given to the channel, Minister al-Zoubi said the achievement is for all the Syrian national media outlets and is dedicated to the souls of the Syrian military and civilian martyrs.

He highlighted that entering the Guinness Record Book was not the main purpose, and that the most important thing about the event was that all the Syrians supported it and were following it intently, similarly to how they followed media coverage of events like when the US was threatening to carry out airstrikes on Syria, when the presidential elections were held, and during the Geneva negotiations.