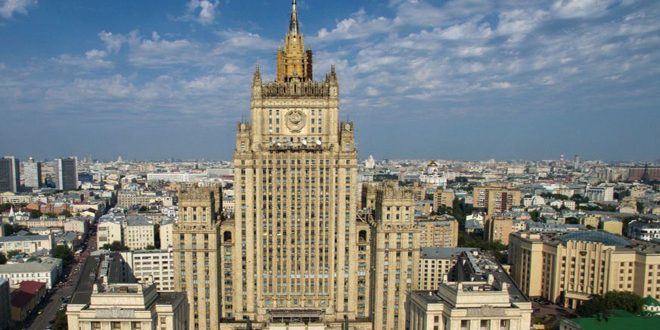 Moscow, SANA_ The Russian Foreign Ministry has affirmed that terrorist organizations in the de-escalation zone in Idleb have rearmed themselves and launched counter-attacks against the Syrian Arab Army.

The Ministry, in a statement quoted by RT on Monday, stressed the need to eliminate and hold those organizations accountable.

“Large armed groups belonging to various terrorist organizations, are gathering in Idleb, including “Haya’at Tahrir al-Sham and Hurras ad-Din”, which continue to use ideological principles and terrorist methods of al-Qaeda,” the statement said, adding that these two terrorist organizations refused to recognize the recent cessation of hostilities agreement in Idleb.