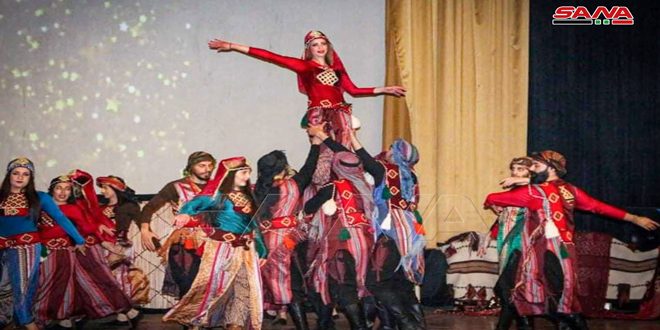 Hama, SANA – A festival under the title “Syrian Woman…Victory Icon” started activities on Tuesday evening at Dar Al-Assad for Culture and Arts in Hama city.

Participants in the festival affirmed that the Syrian women through history and up till now have represented an example to follow in sacrifice and giving.

During the festival, a film about the struggle of Syrian women was screened, in addition to honoring a number of elite Syrian women who have played a distinguished role during the terrorist war waged against Syria.