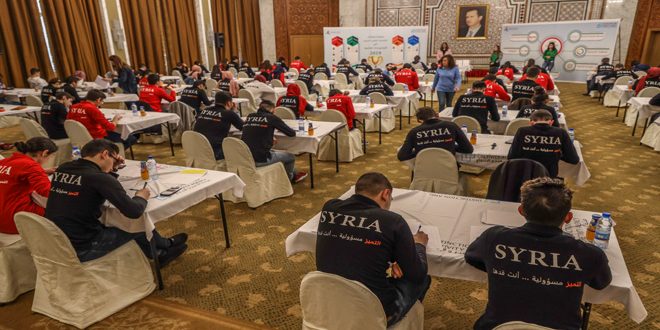 Damascus, SANA- With participation of Syria and about 50 states, Asian-Pacific Mathematics Olympiad was held on Tuesday via internet and organized by Indonesia. 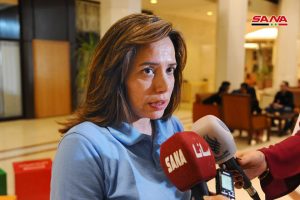 SANA escorted the tests at Ebla Hotel in Damascus. Director of the Scientific Olympiad at Distinction and Creativity Agency (DCA)  Nubough Yasin stressed that Asian- Pacific Mathematics Olympiad is  the most remarkable competition after the International Scientific Olympiad and its tests imitate the method, level and the strength of the competitors.

She clarified that all the members of the National Scientific Olympiad Team of Math, which are 30 students from different provinces, will represent Syria.

The students said that the tests’ questions were difficult and accurate and contained several problems, referring that the participation at the different stages developed the thinking and comprehension methods and enriched the knowledge and experience at the field they like.

During its participation at the Asian Pacific Mathematics Olympiad which was organized by Mexico, the Syrian Scientific Team has achieved three silver medals ,two bronze medals and four appreciation certificates. 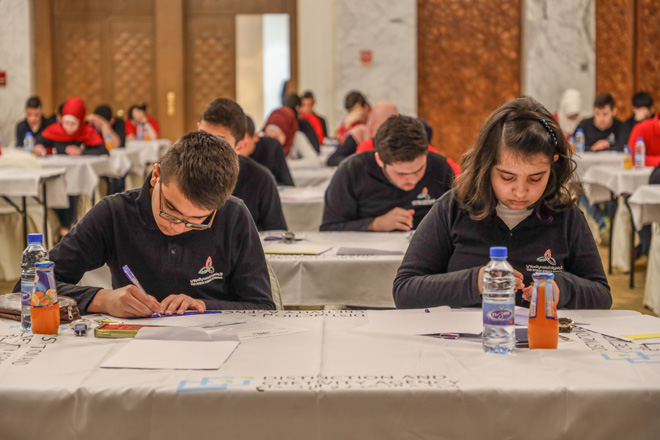