Kazakh FM: Holding new round of Astana talks on Syria might be delayed 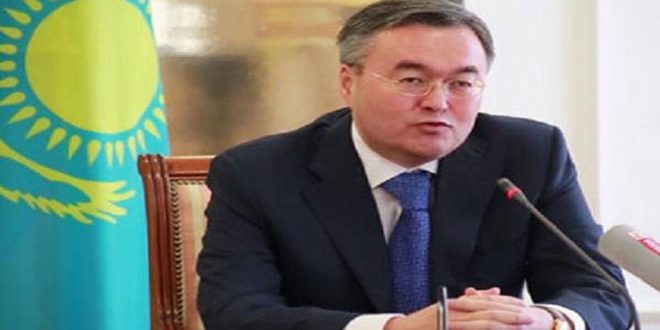 Nur-Sultan, SANA- Kazakh Foreign Minister Mukhtar Tileuberdi has announced that holding a new round of Astana talks on Syria in the capital city of Nur-Sultan might be delayed.

In a statement on Tuesday Tileuberdi said that “After concluding the previous meeting last December, a proposal was made on holding a second meeting in March, but the situation has changed now, and it is quite possible that the meeting will not take place in March.”

The 14th round of Astana talks was held in Nur-Sultan last December 10-11, and at its conclusion, the guarantor states of Astana process renewed their strong adherence to Syria’s sovereignty and territorial integrity and the continued cooperation till eliminating terrorist organizations in the country, and they affirmed their rejection of the separatist agendas which aim at undermining Syria’s sovereignty and territorial integrity.

Kazakh FM: Holding new round of Astana talks on Syria might be delayed 2020-03-10
ruaa-jazaeri
Share
Previous With aim of covering up losses of its aggression on Syria and Libya … Erdogan’s regime steps up its campaign against journalists
Next Installing thermal scanner at Damascus Airport to facilitate detection of Coronavirus cases