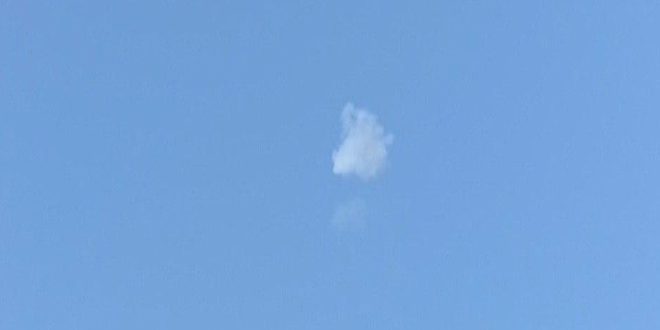 Idleb, SANA-Units of the Syrian Arab army shot down on Tuesday two drones for the Turkish regime troops in the surroundings of Saraqeb city and east of Khan al-Sobol in Idleb southeastern countryside.

SANA reporter said that a unit of the army observed a drone approaching from military points in Saraqeb and dropped it in the surrounding of the city.

Meanwhile, another army unit shot down a second drone of the Turkish occupation forces east of Khan al-Sobol area in Idleb southeastern countryside.