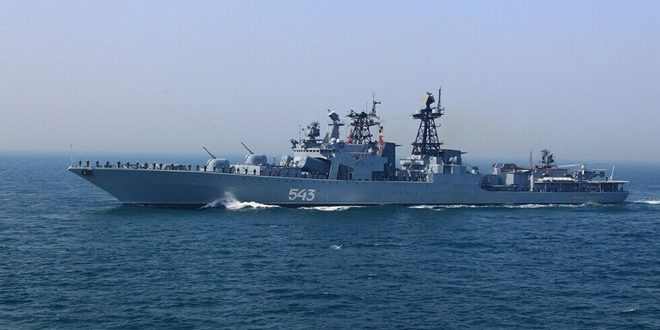 Moscow, SANA – Representative of Russian Black Sea Fleet Alexey Roulev announced on Friday that two frigates from the fleet armed with Kalibr missiles are heading to the Syrian coast.

RT website quoted Roulev as saying that the two Russian frigates belonging to the Black Sea Fleet, the Admiral Grigorovich and the Admiral Makarov, which are armed with Kalibr cruise missiles, have crossed the Turkish Bosporus and Dardanelles straits heading to the Mediterranean.

Roulev said that the frigates will be stationed at the Mediterranean to be a part of the permanent Russian Navy forces there, clarifying that during their journey to the Mediterranean, the two frigates have carried out a series of maritime combat drills.

The two frigates, the Admiral Grigorovich and the Admiral Essen, in addition to submarines from the permanent operational group of the Russian Navy, have participated several times in targeting the terrorists in Syria with Kalibr missiles. 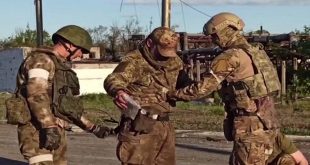