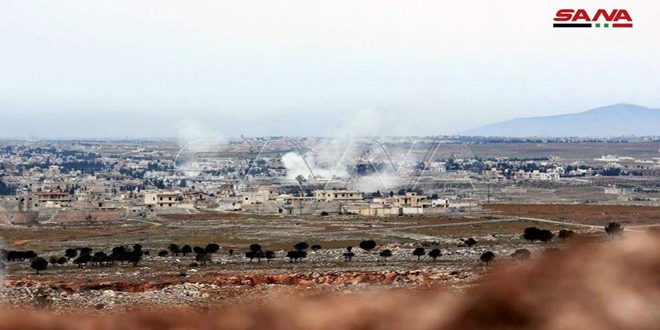 SANA reporter in Aleppo said that the army units carried out military operations and launched rocket strikes against terrorist organizations’ fortifications and movements to the west of Aleppo in the village of kafarjoum and Jameit al-Mouhandiysen 1 and 2 areas, southwest of Aleppo city, expelling terrorists from them.

The army units hunted the remaining terrorists who fled away towards the villages of Ourom al-Kubra and Ourom al-Soughra as fierce clashes were erupted between the army units and the terrorists at the outskirts of the two villages, inflicting heavy losses upon the terrorists in personnel and equipment.