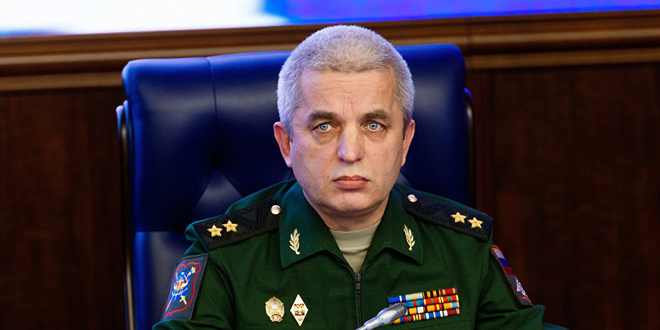 Sputnik quoted Head of the Russian National Defense Management Center Mikhail Mezentsev pointed out that the Syrian Arab Army found a large amount of western-made weapons and military equipment which were left behind by the terrorist groups while they were fleeing due to the army operations which constitutes an evidence on the continued foreign support to terrorists.

Mezentsev stressed that the terrorists of the so-called “Hayat Tahrir al-Sham” affiliated to Jabhat al-Nusra terrorist organization work on foiling Russia and Syria’s efforts which aim at defusing tension in the Idleb area so that the Syrian army was to launch operations to ensure safety there.

On Tuesday, the General Command of the Army and Armed Forces said that the Turkish regime intended to mobilize new military forces and to escalate its acts of aggression through targeting with rocket shells the civilians in the residential areas and the military posts for helping the terrorists to continue establishing control over their areas and to take the civilians as human shields.

The Russian Defense Ministry stressed Wednesday that the situation in Idleb is notably exacerbated after the Turkish regime has entered weapons, ammunition and Turkish armored vehicles to It.