Four citizens martyred in terrorist attacks on Hamadaniyah in Aleppo 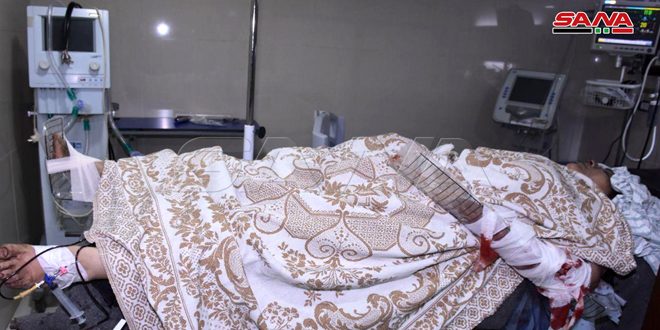 Aleppo, SANA-Four citizens, among them a child, were martyred while 7 others were injured in rocket shells launched by terrorist groups on the residential area of Hamadaniyah in Aleppo city.

A police source told SANA that the terrorist groups, positioned in the western countryside, attacked residential houses with rocket shells in Hamadaniyah neighborhood, claiming the lives of 4 citizens and injuring 7 others.

The source added that the terrorist attacks caused material damages to the properties.