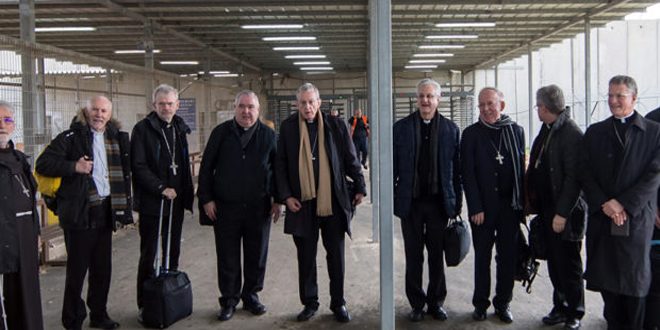 Occupied al-Quds, SANA_ A group of 34 Catholic bishops from the “Coordination with the Holy Land” Committee, that includes bishops from the churches of Europe and North America and South Africa, have called on the governments of their countries to recognize the State of Palestine.

In a statement following their visit to the city of Ramallah and occupied al-Quds, the bishops hailed the legendary steadfastness of the Palestinian people and stressed the importance of implementing the rules of international law and recognizing the State of Palestine.

They called for putting an end to the Israeli violations of human rights and the settlement building activities in the occupied territories.

Pastor Jamal Khader of the Latin Church in Ramallah clarified that the bishops’ choice to visit Ramallah as their place of residence has provided them with a chance to meet the Palestinians and know about their suffering under the Israeli occupation.

He pointed out that the bishops also visited the “Comboni Missionary Sisters” church and association in the outskirts of occupied al-Quds where they saw the suffering caused to the Palestinians by the Israeli Apartheid Wall.

In turn, Kamal Shamshoum, from the Latin Monastery in Ramallah, said the bishops formed a general idea about the situation in the occupied Palestinian lands and issued a strong statement.

“We welcome their visit, but we don’t want sympathy and words only, we also want deeds,” concluded Shamshoum. 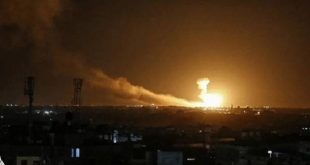