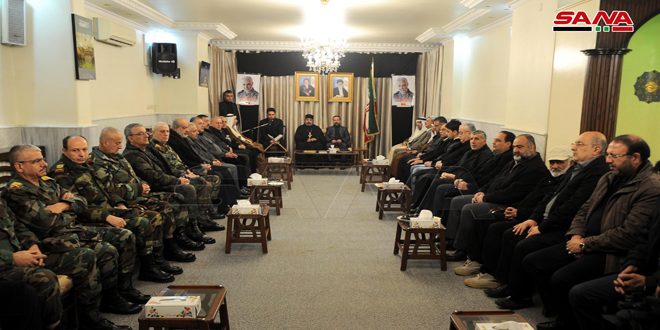 Damascus, SANA – Official and public figures on Sunday offered condolences at the Iranian Embassy in Damascus over the martyrdom of Leader of Quds Force Lt. Gen. Qassem Soleimani and his colleagues who had been martyred as a result of a US attack near Bagdad International Airport.

Presidential Political and Media Adviser Bouthaina Shaaban, Assistant Foreign and Expatriates Minister Ayman Sousan, Grand Mufti of the Republic Ahmad Badreddin Hassoun, a number of the Syrian Arab Army and Russian officers, and leaders and representatives of Palestinian fractions, in addition to religious figures and a number of MPs were among those who offered condolences.