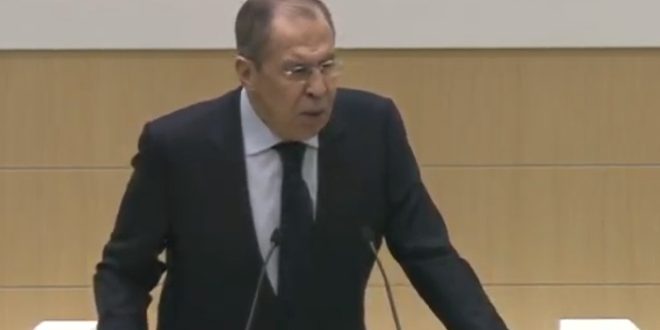 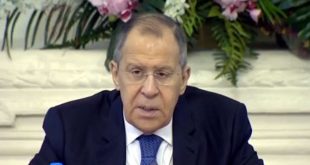 Lavrov : Russia will continue to support Syria in eliminating terrorism

Moscow, SANA-Russian Foreign Minister Sergey Lavrov confirmed the necessity to completely eliminate terrorism in Syria along with the continuity of efforts to find a political solution to the crisis in Syria which guarantees the respect for its sovereignty, unity, and territorial integrity.

In a speech delivered at the Russian Federation Council in Moscow, on Monday, Lavrov said that it is necessary to implement the international resolutions which affirm the sovereignty of the states and the noninterference in their affairs.

Lavrov added that his country will continue its efforts to settle crises in Syria, Iraq, Libya and Yemen politically, with the stress on continuing to fight the terrorist organizations till eradicating them completely.