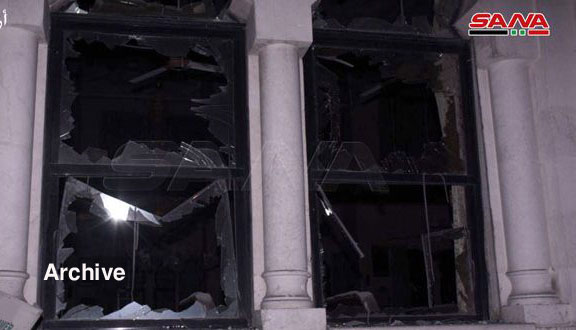 A source at Aleppo Police Command told SANA reporter that “the terrorist groups in Aleppo Northwestern countryside on Monday shelled the town by rocket shells, causing causalities among civilians and material damages to private and public properties”.

“All the injured were admitted to hospitals”, the source added.

Units of Syrian Arab Army responded to the attacks’ sources and targeted the terrorists’ positions in northwestern countryside.

Terrorist groups affiliated to Al-Nusra Front still spread in the northwestern and southwestern countryside of Aleppo Governorate, and repeatedly assault residential neighborhoods of the city, the neighboring villages and safe town, leaving causalities among civilians.