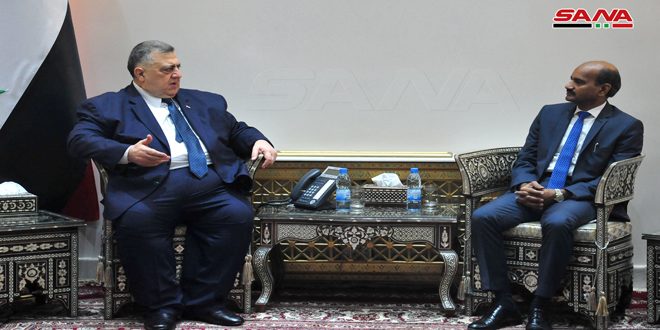 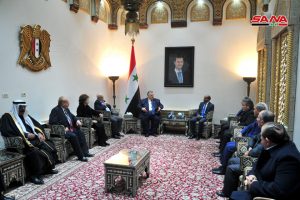 Sabbagh’s remarks came during a meeting with India Ambassador to Damascus Hifzur Rahman in Damascus on Thursday.

Sabbagh hailed India’s stance in support of Syria in its war against terrorism, indicating that Syria managed to eradicate terrorism from wide areas thanks to steadfastness of its people, the army’s sacrifices and the leadership’s wisdom, and it is still confronting this ongoing aggression with its various forms of terrorism , economic and political siege aimed at undermining the will of the Syrians and their independent decision.

For his part the Indian Ambassador praised the historic friendship relations binding the two countries, affirming his country’s readiness to develop cooperation relations with Syria in various aspects.

He revealed that an Indian team will arrive in Syria to work in the field of artificial limbs and sign an agreement with the Syrian government to establish a center for distinguished people in information technology, as getting the degree will be from the Indian Institute.