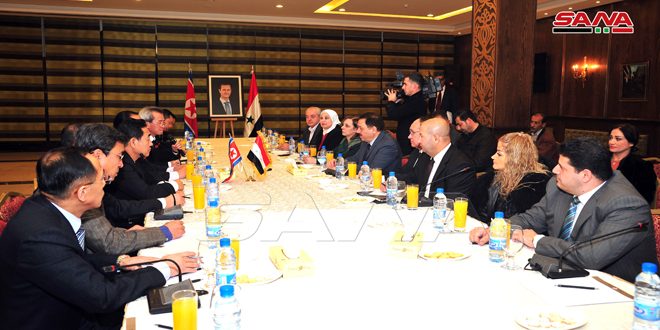 Damascus, SANA_ The 11th session of the Syrian-Korean Joint Economic Committee kicked off in Damascus on Saturday evening with the aim of developing economic cooperation and discussing memoranda of understanding and agreements to be concluded between Syria and the Democratic People’s Republic of Korea (DPRK). 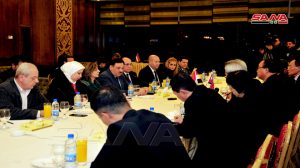 Minister of Finance Mamoun Hamdan, Head of the Syrian side in the committee, called for intensifying efforts to reach agreements and understandings on projects that are in the interest of the two friendly countries and peoples.

Minister Hamdan pointed out that Syria is working to rebuild what was destroyed by the terrorist war, saying that the priority of contributing to the reconstruction phase will be for the friendly countries that stood by Syria and supported its just causes, including the DPRK.

For his part, Minister of Foreign Economy of the DPRK , Kim Yong-Jae, Head of the  the Korean side in the committee, affirmed that his country gives a great importance to meetings of the joint committee, which represents an important occasion to show the will and determination of the two countries to develop economic relations to cope with the distinguished political ones.

Yong-Jae pointed out that his country will continue to do its best to back Syria until the final victory over terrorism is achieved. 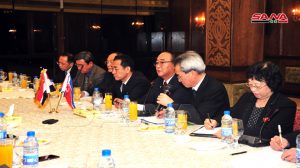 In a statement to reporters, the Minister of Finance said that during the technical meetings, the two sides will discuss a number of agreements, especially economic, pointing to the common interests in several areas, including housing and public construction.

In a similar statement, Yong-Jae expressed his confidence that the two sides will achieve great successes which contribute to concluding many cooperation agreements.

“The only way to face the economic pressures imposed by the United States on the two countries is to achieve self-reliance, development and to strengthen cooperation.” He concluded.