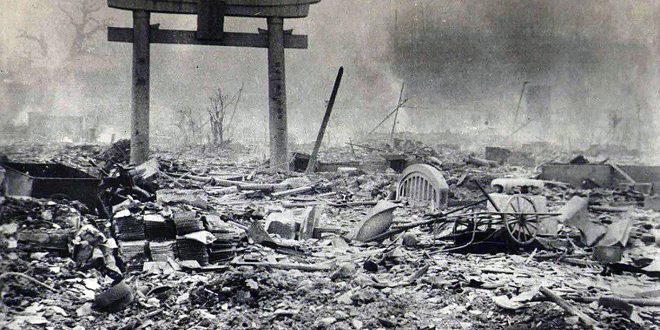 Damascus, SANA – An official source at the Foreign and Expatriates Ministry said that the Day of Remembrance for all Victims of Chemical Warfare is an occasion on which we should remember all the wars waged by the United States under the pretext of WMDs, devastating states and peoples and civilizations including Iraq, only to admit later that its information was wrong and that its wars were based on lies.

In a statement to SANA on Monday, the source said this occasion also brings to mind Hiroshima and Nagasaki and all the times the United States used WMDs before anyone else, leading to irreversible humanitarian disasters that constitute a disgrace for a state that claims to champion democracy, freedom, and the safety of peoples and demands that others refrain from using such weapons.

The source pointed out the lies used by the United States and other Western states along with it regarding Syria using chemical weapons, claims which have been proven to be fake and fabricated, as evidenced by the recent revelations about the manipulation of reports on those alleged incidents.

The source said Syria calls on the United States to actually do for once what it calls for regarding the prohibition of manufacturing and using chemical weapons, and to pressure Israel to sign this convention and commit to it, instead of shedding fake tears for peoples when in fact the United States was the cause for destroying their countries, disfiguring their children, and killing hundreds of thousands of their population with such weapons.