Pedersen: No agreement reached on agenda of Committee of Discussing Constitution 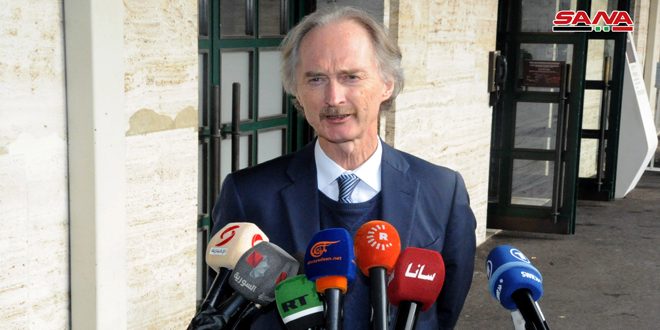 Geneva-SANA_ UN Special Envoy for Syria, Geir Pedersen, stressed that it wasn’t possible to hold meetings in the second round of the Committee of Discussing Constitution in Geneva because there was no agreement on the agenda, hoping to set a date of the next round.

In a press briefing in Geneva on Friday, Pedersen said: “There were daily rounds of discussions with the various delegations, which were good, serious and professional. We were trying to reach an agreement, but we could not do that. ”

He stressed that the work of the Committee of Discussing Constitution is fully led by Syria, and that the UN mission is to facilitate its work only.

Responding to a question about the Turkish aggression against the Syrian territories, Pedersen affirmed the importance of respecting Syria’s sovereignty and territorial integrity, in accordance with the UN Security Council Resolution No. 2254.