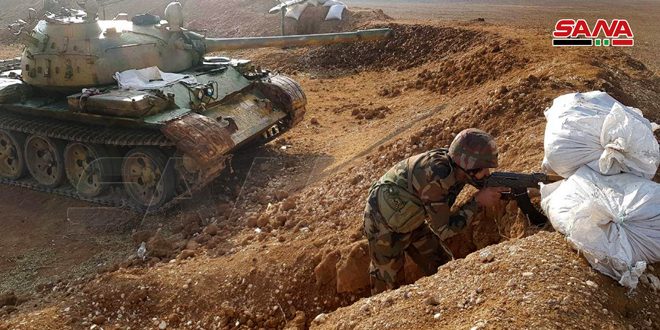 SANA’s reporter said that in framework of their missions of protecting the civilians, army units expanded deployment on Hasaka-Aleppo international highway, and deployed in the villages of Kowzaliyah, Tal Laban, and Um al-Kheir in Tal Tamer western countryside.

The reporter added that boosting new army’s points in the above mentioned villages which lie on the highway will contribute to secure the area extending towards Tal Tamer at a distance of 12 km in the west.

The reporter indicated that the locals welcomed the army units that had restored security and stability over these villages.

In Qamishli southeastern countryside, an army unit shot down a drone for the Turkish forces in Hamu village, the reporter said.

The reporter noted that army engineering units deployed in Ayn Essa town in Raqqa northern countryside dismantled a car bomb of pickup, which was parked in the town and was prepared to be detonated remotely.