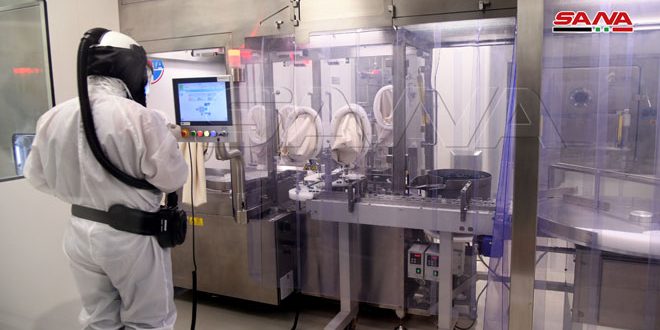 Damascus, SANA- A factory for manufacturing of anticancer drugs, which is a part of Central Pharmaceutical Industries Company (Mainpharma) was inaugurated on Thursday at Adra Industrial City in Damascus Countryside.

The factory is the first locally and Arab manufactured anticancer drugs, in which its production capacity reaches 6.000 vial and ampules per hour from the aseptic liquid line, and 12.000 capsules per hour. 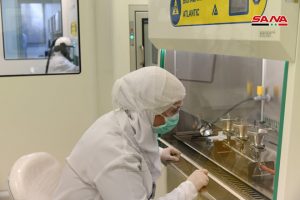 For his part, Damascus Countryside Governor Alaa Ibrahim said that the concerned bodies provide all the facilitations to establish various industrial facilities, noting that the number of facilities and factories reached at 1200 in Adra Industrial city, and the number is expected to reach at 2400 ones in the coming year, including 20 factories for pharmaceutical manufacturing.

Speaking to SANA, the chief executive of the company Adnan Jaafu said that the factory will cover 70 percent of the total pharmaceutical varieties for chemical therapy, and will cover the local market needs, and the rest production will be allocated for exportation.

Syria imports all medicine for the treatment for tumors, and vaccines from abroad, while the local production covers about 90 percent of the others pharmaceutical varieties of the local market needs.