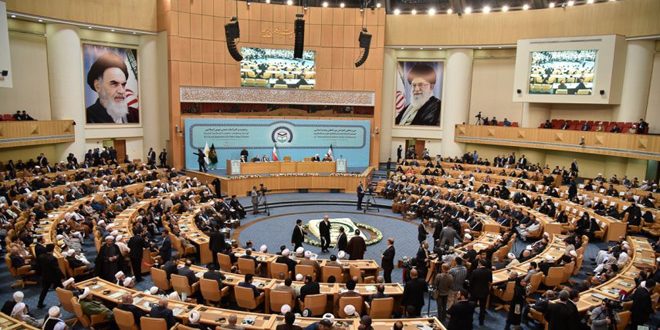 Tehran, SANA_ Participants in the 33rd Islamic Unity Conference in Tehran have affirmed that the Palestinian cause is the Islamic nation’s core issue, noting the failure of all attempts to separate the Islamic world from this cause.

In their final statement at the conclusion of the conference on Saturday, the participants said that the Zionist entity poses a threat not only to Palestine but to all Islamic countries.

They called for uniting Islamic countries’ efforts in support for resistance against the Zionist-American aggression on nation a whole.

It condemned all forms of normalization with the Zionist entity, calling on freedom-loving peoples to adopt a decisive stance on normalization and on disinformation attempts.

It reiterated the Palestinian people’s right to resist aggression and fight to liberate their land and called for lifting the unjust siege imposed on Gaza.

The statement urged the Islamic states to support the Palestinian marches of return until the entire Palestinian territories are liberated, regretting the inability of the Organization of the Islamic Conference (OIC) to adopt a firmer stance to put an end to the Israeli repeated aggressions on Islamic states like Palestine, Syria and Yemen.

The participants of the 33rd Islamic Unity Conference stressed their rejection of the US economic terrorism imposed on Iran and condemned Washington’s support for terrorism.