Thousands of food baskets distributed among locals in Daraa countryside 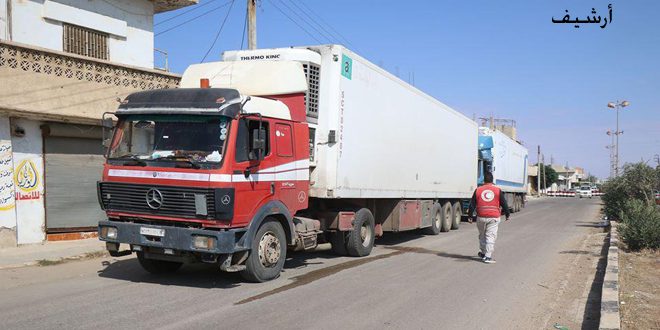 Head of the SARC branch in Daraa, Ahmed al-Masalema told SANA in a statement that a convoy including 23 trucks loaded with 5,000 food baskets and flour bags were distributed among locals in three towns in Daraa eastern countryside.