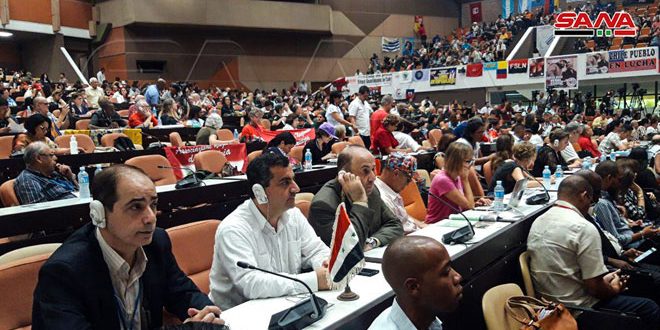 Havana, SANA- The Anti-imperialist Solidarity Conference for Democracy and against Neoliberalism opened in the Cuban capital city of Havana with participation of Syria.

In an opening session, Cuban Foreign Minister Bruno Rodriguez hailed the heroic resilience of the Syrian people in the face of terrorism. 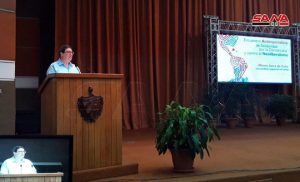 Syria’s ambassador to Cuba, Idris Mayya headed the Syrian delegation to the Forum which will last till November 3rd.

The participating Syrian delegation held a number of meetings with senior Cuban officials and associations during which the Cuban officials expressed their country’s stand by Syria in its war against terrorism.
H. Zain/ Mazen