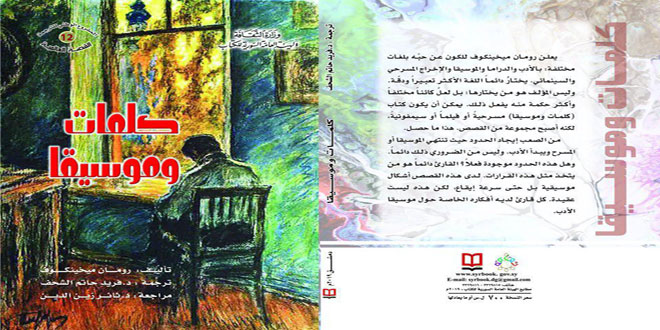 Damascus, SANA_ Words and Music, a collection of Russian stories by Roman Mikhnikov.  The main subject of most of these stories is music , thus most of its heroes are musicians.

The 159-page collection issued by the Syrian General Book Establishment , is translated into Arabic by Dr. Farid Hatem al-Shahef . He translated  this collection in an interesting way while preserving the foreign environment in which the events took place.

Mikhankov is a director and composer who won many international awards . He also directed many plays and movies.

Dr. Al-Shahef is a Syrian translator who has written a number of works and translated  works of many Russian writers as  Dostoevsky and Natalia Farinik .