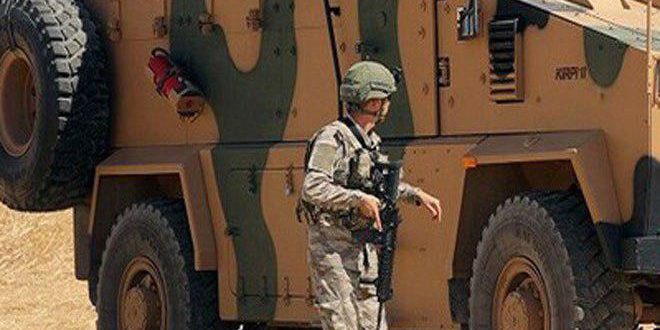 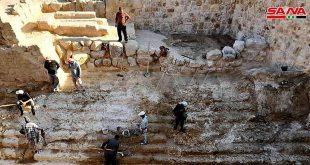 Ankara, SANA- A soldier from the Turkish occupation forces was killed and five others were injured during the Turkish aggression on the Syrian territories in Hasaka northwestern countryside.

Reuters Agency quoted the Defense Ministry of the Turkish Regime as saying that “A soldier was killed and five others were injured in Ras al-Ayn area after an attack with rocket and mortar shells.”

Last Thursday, five soldiers of the Turkish occupation were killed during clashes in the same area.

The Turkish occupation forces and their mercenaries of terrorist organizations continue their offensive on the border towns and villages in the northern countryside of Hasaka and Raqqa causing the displacement of thousands of civilians from their homes and villages.