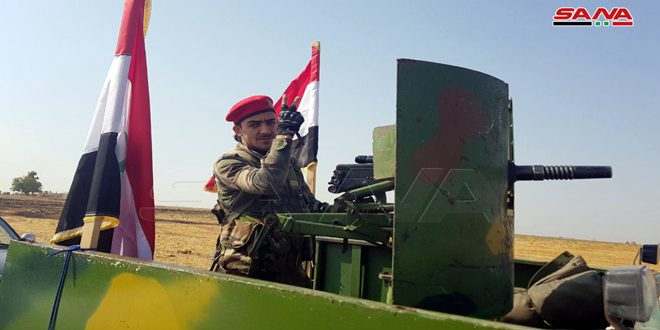 Qamishli, SANA – Units of the Syrian Arab army entered on Saturday the administrative borders of Ras al-Ayn city in the area around Tal Tamer-Ras al-Ayn road in the northern countryside of Hasaka to confront the Turkish aggression and protect the locals from terrorist groups affiliated to it.

The reporter added that army units continue to advance towards the Syrian-Turkish borders, as Russian military police patrols, accompanied by a Syrian Army unit, are patrolling the Tal Tamer-Ras al-Ayn road.

On a relevant note, Turkish occupation forces continued their aggression in the far northwestern countryside of Hasaka, targeting the village of Khirbet Qarraj in Ras al-Ayn countryside with artillery fire, martyring two women, in addition to targeting with artillery the villages of Tal Sakher, al-Atiyah, al-Naddas, Lodi, Dardara, Jafa, and al-Hamadaniya in the area around the road between Ras al-Ayn and al-Derbasiyah.

The reporter said that there have been clashed between Erdogan’s terrorists and the remnants of QSD (SDF) in al-Tawilah and Lilan in the northwestern countryside of Tal Tamer.

Meanwhile, local sources in Hasaka’s eastern countryside said the US occupation forces sent a convoy consisting of 13 military vehicles and tens of soldiers from Iraq to Hasaka province under cover of US helicopters, with the convoy settling in the illegal Qasrak base on the road between Qamishli and Tal Tamer. 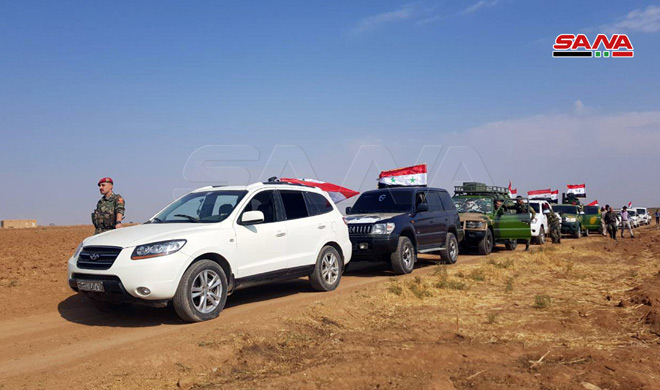 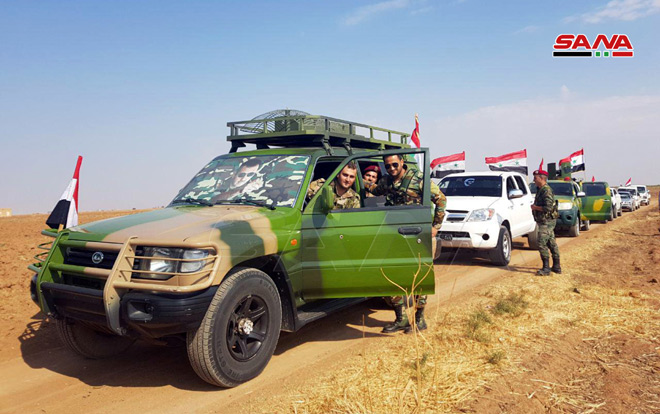