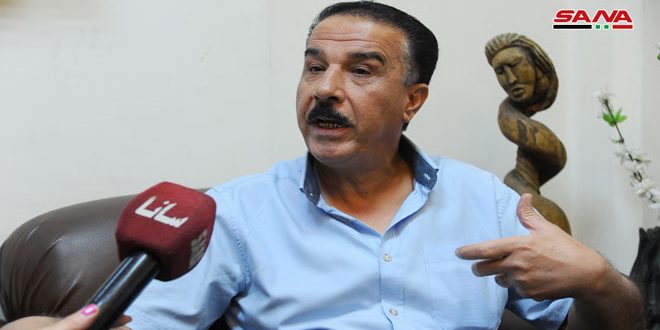 Damascus, SANA_ Archaeological excavations revealed that the Palmyrenes knew a highly developed mummification methods based on their religious belief in the existence of life after death.

This indicates the advanced scientific level of Palmyra civilization which presented mankind a great legacy of science and knowledge.

Director of the Palmyra Museum, Dr. Khalil Hariri, During his lecture at Abu Rummana Cultural Center recently, reviewed the secrets of mummification as being part of the bright civilization of Palmyra and the religious rituals, because death occupies a large part of the lives of people in Palmyra, given their belief that the grave is their last shelter and house of comfort and eternity.

Through mummification, Hariri said, the ancient people of Palmyra tried to preserve the bodies of their dead for thousands of years by using special materials and drugs.

He added that mummification reached Palmyra late in the year 100 BC, because it was confined to Egypt only, explaining that the difference between the two was in the method of removing the brain and viscera and the way of wrapping. There is also a difference in the materials used in the process of mummification between Egypt and Palmyra. In addition, mummification in Egypt was for the public but in Palmyra it was for a certain category of people who had special religious belief.

Palmyra is a great city which is famous for its precious inexhaustible treasures, including the triumph arch, the theater and the temples, the columns, the ornate crowns, the defensive walls and the variety of burials, not to mention Palmyra’s museum which contains in its corridors the great sculptures that show the genius of Palmyra’s people and the art and creativity the historical city of Palmyra has provided to mankind, Hariri concluded . 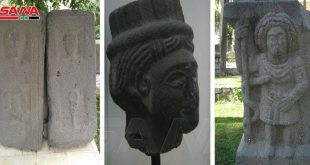 Swieda, SANA-The basalt stone carvings that decorate the garden of the National Museum in Damascus …