Al-Nusra tightens siege on civilians, prevents them from leaving via Abu-al-Dhour 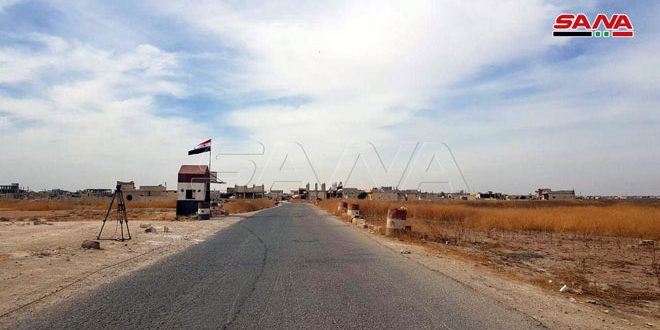 Idleb, SANA_ Jabhat al-Nusra terrorists tightened their siege on civilians in Idleb to prevent them from leaving the terrorist-held areas towards safe ones via al-Dhour corridor, using  them as human shields.

The reporter added that the authorities are ready to receive those willing to leave to the safe areas, where they equipped a mobile clinic, ambulances with their crews, buses, foodstuffs and other.

Few weeks ago and as part of the State’s efforts to alleviate the suffering of civilians and rid them of the terrorism,  the concerned authorities,  in cooperation with the Syrian Arab Army units, opened Abu al-Dhour corridor and equipped it with all logistical requirements to receive civilians who want to leave terrorist-held areas.

In a related context, local sources confirmed that al-Nusra terrorists continued to imposed siege on the people in  Idleb city and some big cities and towns through spreading terrorists in the neighborhoods and on roads to monitor the movement of people and prevent them from heading for Abu al-Dhour corridor.