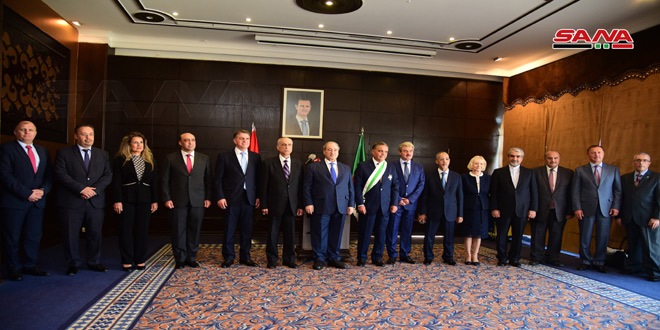 Damascus, SANA-Foreign and Expatriates Ministry on Monday held a Farwell ceremony for Algerian Ambassador in Damascus, Saleh Bosha, who ended his mission as an Ambassador of Algeria to Syria.

During the Farwell ceremony, the Ambassador was awarded the Syrian order of merit, of the excellent degree, in appreciation for his efforts exerted in service of the brotherly relations between Syria and Algeria. 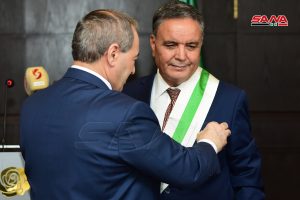 Ambassador Bosha thanked President Bashar al-Assad and the Syrian people on awarding him the order of merit, pointing out to the mutual support of the two countries throughout history.

Deputy Foreign and Expatriates Minister, Fayssal Mikdad, for his part, underlined the deeply-rooted ties that connect the two countries, appreciating the Ambassador’s efforts in the interests of both countries and the Arab nation.

He affirmed Syria’s support to Algeria until overcoming the difficult conditions it is passing through.