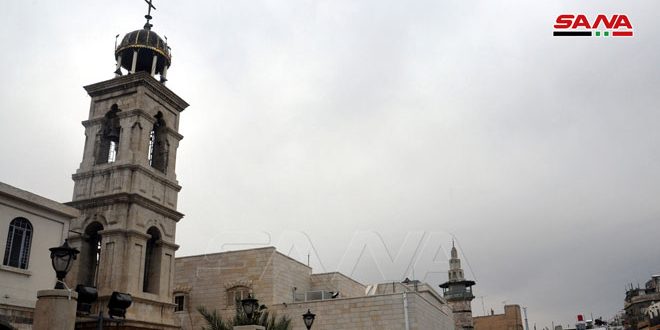 Damascus, SANA_ The Greek Orthodox Mariamite Cathedral is the oldest Archaeological Church in Damascus, and holds the seat of Greek Orthodox Patriarchate of Antioch and the entire East.

The church is located on a street called Straight Street, in Bab Sharqi.

It was destroyed and rebuilt several times throughout its history, and was recently restored in 1949. It is one of the most famous churches in the world. A realm destination for visitors and worshipers.

Mr. Zaytoun, head of archive department of the Mariamite Church, in a statement to SANA explained that the church was built according to the Byzantine architecture, which consists of a hall in the center with two platforms of stones on the sides, and two twisted staircase used to read the Gospel.

The choir stands on the sides for performing religious hymns behind the priest. According to Zeitoun, the roof of the Mariamite Cathedral is made of wood with engraved inscriptions and ornaments.

He added:  “there is a red podium at the front of the cathedral where the priests stand for prayers with the altar behind them, in addition to rooms designed for religious rituals.”

There is a museum of clothing and decorations and religious icons inherited from patriarchs and monks, a library, and a full wing of the Patriarchal headquarters with a large lounge and rooms to receive guests. 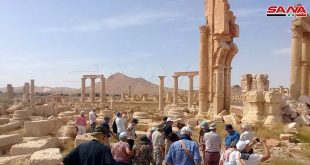