Larijani: Dialogue is only solution to crises in Syria and Yemen 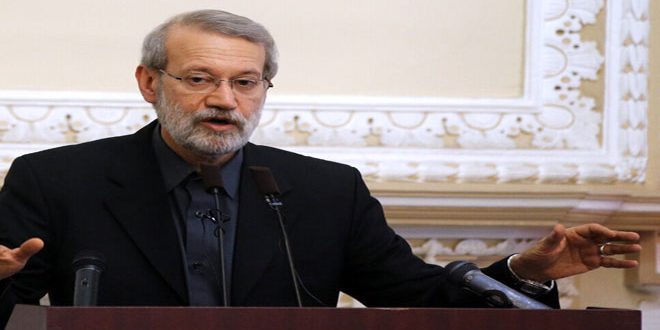 Tehran, SANA- Speaker of the Iranian Shura Council Ali Larijani reaffirmed that dialogue is the only solution to the crises in Syria and Yemen.

In statements on Wednesday, Larijani said “The crises witnessed by the Islamic world serve the interests of the Zionist entity…. And whenever we have affirmed the necessity of the dialogue for solving the crisis in Syria, some regional states have been affirming the military solution and now the same countries find that dialogue is the only solution to the crisis in Yemen also.”

On the other hand, Larijani denounced the so-called “deal of the century”, describing it as a farce for usurping the rights of the Palestinian people, asserting at the same time that it is time for the Islamic states to return to their role and to work on unifying their efforts so as to become a major power in the face of the foreign challenges.